Inspiration of the Month!

This is the first installment of my Inspiration of the Month series and Billy Blob is the only person I could have begun with. His artwork has motivated me for years, and I follow his wonderfully entertaining Buzz update section with glee.

It’s easy to lose yourself in his website – watching his award winning cartoons, listening to his off the cuff interviews, and navigating his “wacky” web design. 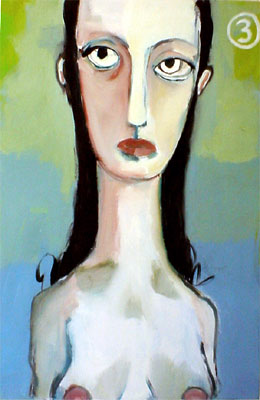 It’s his artwork that really thrills me, however. I first discovered Billy Blob on Ebay when he auctioned off this painting. I’m still kicking myself for not having bought it then!

I’m intrigued by his use of bold color and what I call the “smooshy” brush technique. I am entirely attracted to the freeness in his paintings, something almost foreign in my own work. His figures all seem to have a whimsical veneer that covers for a cynical and sometimes disturbing subtext. 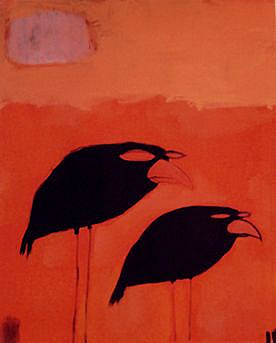 Talking with Billy through email I learned that, while he has two years of art instruction under his belt, he finds its the work of other artists that continues to lure him back to the canvas. He is called by such artists as; Margaret Kilgallen, Daniel Clowes (Eightball), Warhol, Rod Serling, Alice Neel, Basquiat and Kirk Hayes.

He’s expressed that communicating through his art can be a struggle. When Billy sets out with a clear message in mind, he often finds the process to be forced and the end result too preachy. The work that seems to grow organically of its own volition and with its own voice are those he favors most.

Billy says that the internet has been the one tool most instrumental in bringing his career to this point and longs to be able to support himself full time with his art and cartoons. I certainly relate to that! 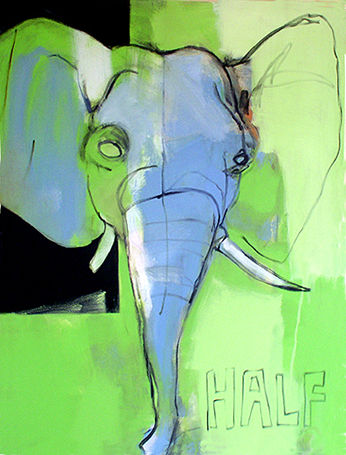 3 random things about Bily:
He puts Sun In in his hair to make it lighter.
He can’t read out loud in front of people.
He and his wife have two dogs and a bird.