I’ve been playing with resin for another project I’m doing. (whos deadline is Oct 10 – so I need to get cracking!) I can’t tell you how exciting the results have been.

I poured it into my matchboxes (seen here), and only had a few mishaps. I’ll be posting new photos of them early next week and listing them on Etsy. 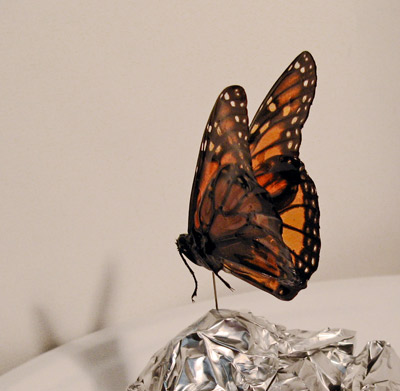 Even better though, I applied the resin to a found butterfly I have and it transformed it into something more magical than it already was. Its almost like a stained glass creature – the wings’ color both intensified and became translucent. It gave the butterfly some strength as well, and isn’t nearly as fragile as it was. That said, it wouldn’t take much to break it.

I’ll be putting this technique to good use on the afore mentioned project, and I hope it will become as amazing as it is in my head.