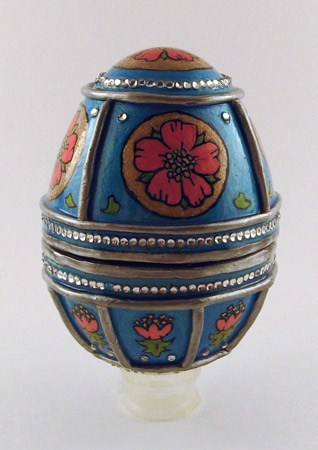 I had been feverishly working on my entry to the Forbes Fabergé-Style Egg Contest. I was really liking the direction it was going, which looks soooo amazing in person. (I really need to learn how to take better photos!)

I had planned to line the inside with fabric, and the bottom half was going to hold a butterfly perched on a flower – both dipped in resin. 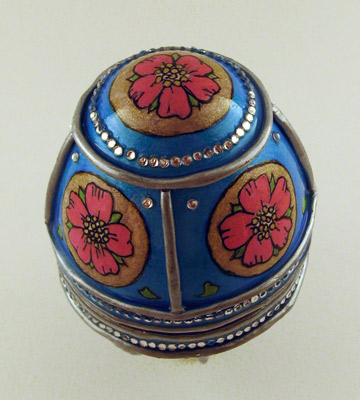 I found out about the contest late, however, so I was working right up until the deadline. Unfortunately, my epoxy resin coating the egg itself never totally cured, leaving it sticky and impossible to work with thereafter. My egg entry was ruined, and would need to be tossed. With no time to make another, I was devastated!

I’ve had my fair share of mishaps in my art career, but for some reason this loss hit me particularly hard. 🙁 I had been so excited about getting this egg into the contest! I really thought I had something unique to offer. 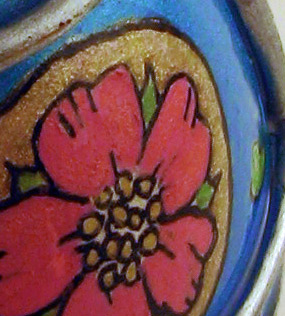 I’ll probably make another go at it again at a later date. I was too happy with it to dump it completely. I have other projects with approaching deadlines, however, so I’m going to focus my energies there for a while. 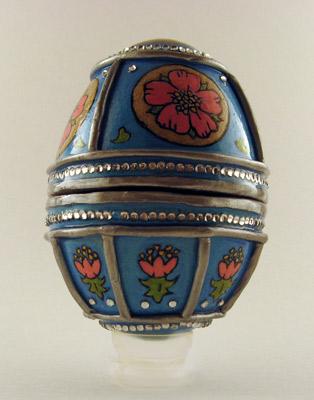